The S&P 500 index fell 1.4% last week, with the consumer discretionary and technology sectors leading the decline amid worries about increasing consumer and producer prices. The market benchmark ended the week at 4,174, down from last Friday’s closing level of 4,233, which was a record closing high. Despite this week’s drop, the index is up 11% for the year to date. The drop from last week’s record levels came as data showed both the US consumer price index and producer price index rose by more than expected in April. The reports raised concerns about inflation, which investors fear could dent companies’ margins and lead the Federal Reserve to end its easy monetary policies sooner. Fed officials have said inflation is transitory, but investors’ worries remain.

Meanwhile, progress continued in the US on the COVID-19 front, with federal health officials saying fully vaccinated people no longer need to wear a mask or physically distance during outdoor or indoor activities, large or small. About 46% of American adults are fully vaccinated, according to the Centers for Disease Control & Prevention.

The S&P 500’s weekly drop was broad, with all but three sectors in the red. The consumer discretionary sector had the largest percentage drop of the week, down 3.7%, followed by a 2.2% decline in technology. On the upside, consumer staples rose 0.4%, followed by a 0.3% increase in financials and a 0.1% lift in materials.

This week, the market will get a flurry of new readings on the housing market, with the National Association of Home Builders index for May due Monday, followed by reports on April building permits and housing starts on Tuesday, and April existing home sales on Friday. May readings on manufacturing and services purchasing managers’ indexes are also due Friday. 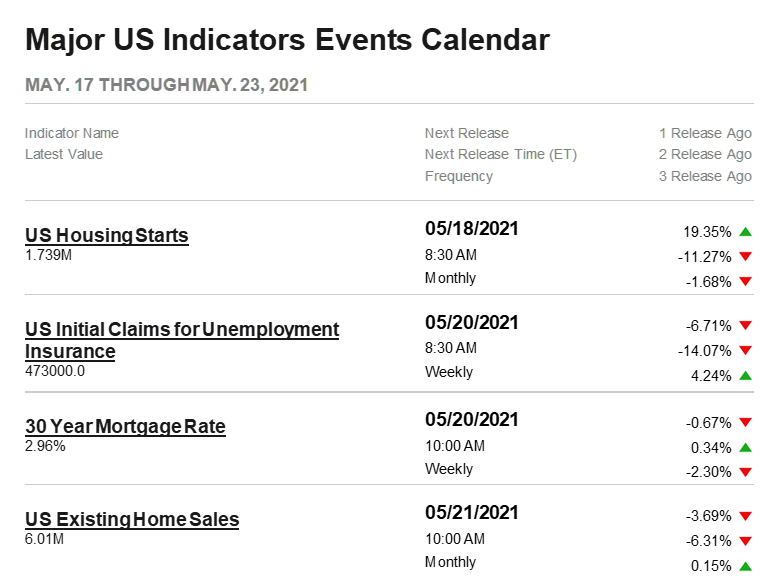 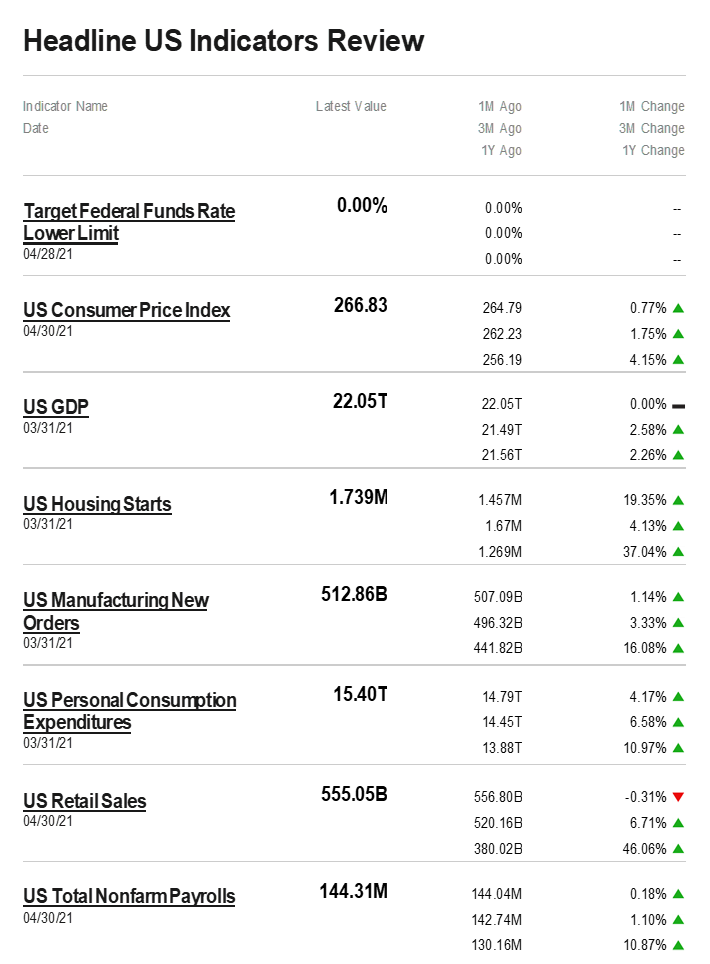