Markets marched expeditiously higher in July as investor optimism increased on signs that inflation may be softening. The S&P 500 index (large-cap US companies) increased more than 9%, the best monthly return since 2020.[1]Inflation has been at the center of concern for most of the year, particularly its potential degrading impact on household optimism and spending. Additionally, investors are concerned that high headline inflation may force the US Federal Reserve to continue to raise interest rates aggressively in order to dampen demand for goods and services in an effort to control rising costs.

Below is a summary of our opinion and outlook for the US economy and markets, and the letter that follows provides more detail regarding the activities of 2022 so far, and how that influences recommended positioning going forward. 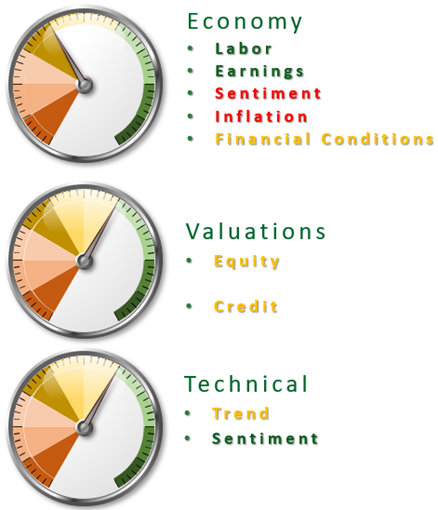 Total US payrolls reached an all-time high in July and represents a core pillar of strength for the economy. Job openings remain plentiful (nearly two openings for every person seeking a job), the unemployment rate is near a 50-year low, and initial claims for unemployment insurance are well below average. If there is a recession on the horizon, it’s certainly not being reflected in the labor market. A tight labor market and full employment has typically been associated with the potential for higher future labor costs and a slowdown in hiring, but that has not yet materialized. 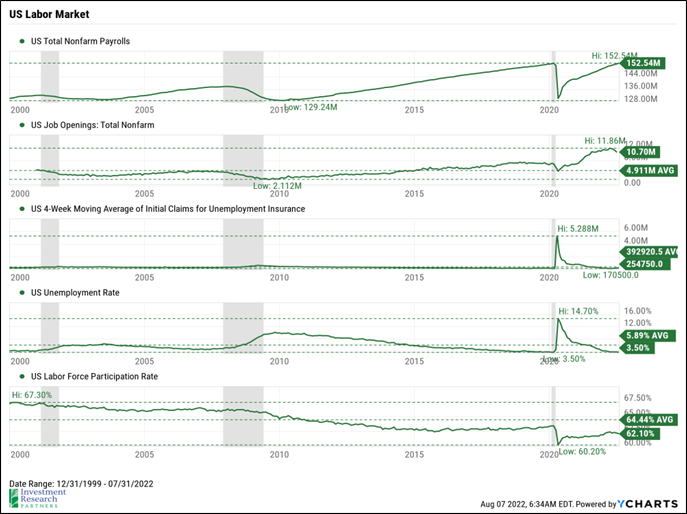 Large US companies have largely managed through the various challenges of 2022 reasonably well. S&P 500 earnings have continued to increase, albeit at a slower pace than originally expected, which is likely contributed to share price declines this year. 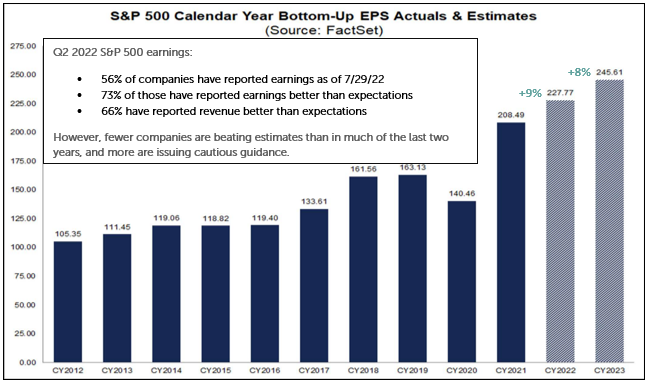 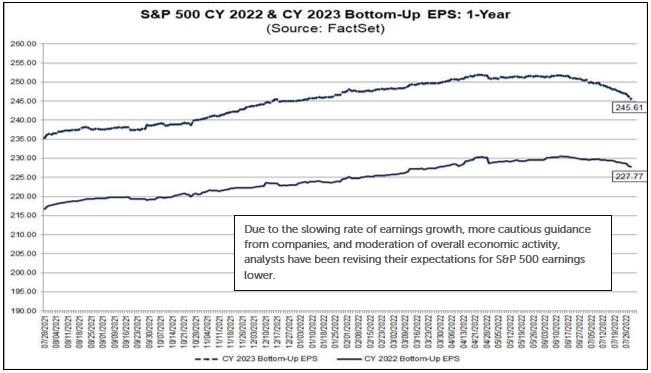 Another pillar of strength for the US economy is household finances, which are in relatively good shape, on average, driven by increased home equity, investment balances, cash balances, and higher wages. However, inflation and the potential for eroding living standards has pushed household sentiment to its lowest levels in decades, potentially implying a slowdown in discretionary spending activity. Household debt has begun to rise, but delinquency rates are below average, particularly mortgage delinquencies. 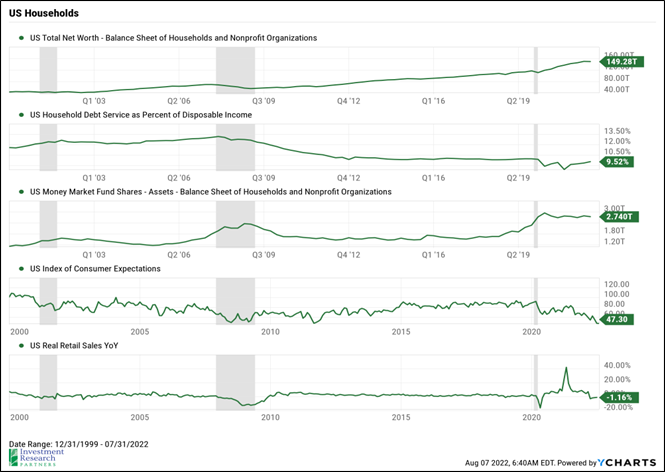 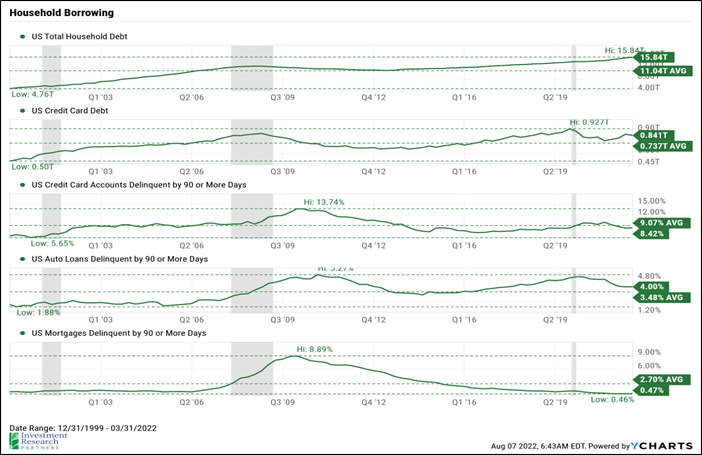 Higher costs have plagued markets, households, and businesses for much of the last year. The pandemic caused supply and demand imbalances that still persist today, low interest rates drove a significant increase in home prices, and a large number of workers leaving the labor force has led to higher employment costs for businesses. Moreover, the war in Ukraine has significantly increased the costs of food and energy. Importantly, we’ve begun to see some slowing in the pace of rising costs as mortgage rates have increased, increased energy production has come online, and gas prices have dropped. Markets seemed to cheer this development in July. 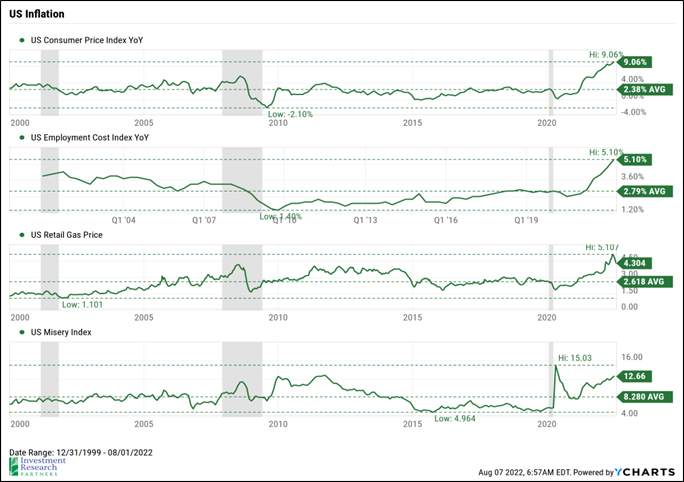 Both investor sentiment and household sentiment remain extremely low. While not a perfect timing tool, investing during environments in which there are more sellers than buyers has often led to above-average future returns. 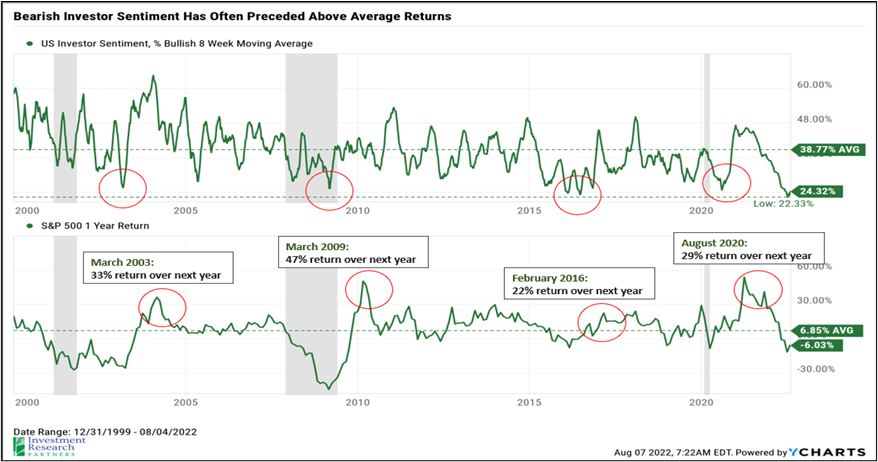